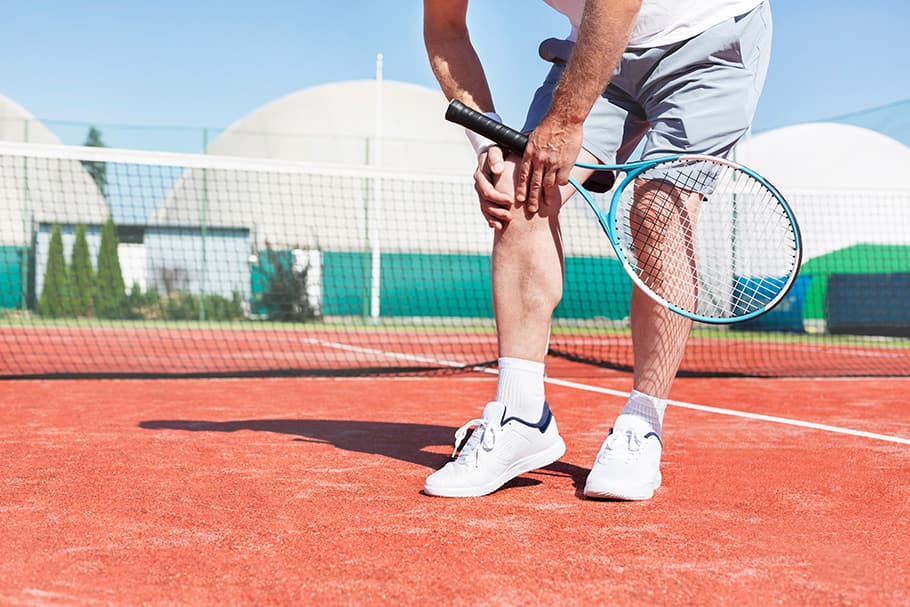 What do you need to know - Mr Neil Hunt

The anterior cruciate ligament (ACL) is one of the main restraining ligaments of the knee. It runs through the centre of the knee from the back of the femur (thigh bone) to the front of the tibia (shin bone). 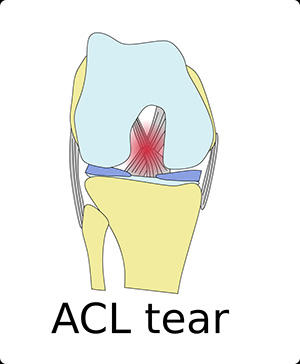 The main role of the ACL is in controlling stability of the knee during rotational movements such as twisting, turning or side-stepping.

The ACL is one of the most commonly injured knee ligaments. Sports involving running, jumping and landing pose the most potential for injury and an ACL injury is a very common injury in football or other field or racket sports when trying to change direction rapidly or landing awkwardly from a jump, when twisting onto the bent knee.

It is a very common skiing injury often being injured when the knee is twisted as a binding fails to release.

A popping sensation (or even a popping noise!) is often experienced at the time of injury and the entire knee tends to swell within a few hours or even a few minutes as the ruptured ligament bleeds inside the knee.  The knee can become markedly swollen and painful and it is usually impossible to continue with game the injury occurred in.

When the ACL is ruptured (torn) completely, as occurs most frequently, it does not heal effectively and is either absent or is markedly slack.  As a result the knee has abnormal movement and tends to feel unstable or actually gives way when changing direction or performing pivoting/twisting manoeuvres.

Each time the knee gives way, it can cause pain and swelling that interferes with activities.  It will also result cumulative damage to the articular cartilage (the cartilage covering the ends of the femur and tibia) and can cause tears of the meniscal cartilages.

In addition to painful episodes of giving way preventing return to sports, meniscal tears and continued damage to the articular cartilage lead to the development of wear and tear arthritis (osteoarthritis).

A ruptured or torn ACL can normally be diagnosed from the history, including the mechanism of injury and ongoing symptoms and also from specific tests on clinical examination.

In some cases, particularly when the knee is very painful and swollen preventing a full examination the diagnosis might be unclear. In these cases it can usually be confirmed with an MRI Scan.

If your knee is unstable from an ACL injury, the choice is to alter lifestyle activities to avoid the stresses or activities which cause your knee to give way or to undergo Anterior Cruciate Ligament (ACL) reconstruction surgery.

Physiotherapy exercises aimed at strengthening and improving the coordination of the hamstring and quadriceps (thigh) muscles can help the muscles around the knee to help to improve the knee’s stability.

The use of a knee brace can also help reduce instability symptoms experienced from an ACL deficient knee.

Many patients who do not wish to return to sports that involve twisting/turning or sudden acceleration /deceleration manoeuvres find that these measures reduce their instability symptoms so that they do not need further treatment.

However patients who do wish to return to these sports, or who live very physically active lives will normally benefit from surgical reconstruction of their torn ACL.

ACL reconstruction surgery involves a general or spinal anaesthetic as a day case or overnight stay.

The procedure is usually performed arthroscopically (through keyhole surgery) and is aimed at replacing the deficient ACL with a graft ligament to stabilise the knee.

Mr Hunt usually uses the medial hamstring tendons (gracilis and semitendinosus tendons) as the graft to replace the torn ligament. Occasionally it is necessary to use the middle third of patella tendon (the tendon just below the kneecap, taken with a small piece of bone from the patella and the tibia).

The hamstring graft is harvested through a small incision (approximately 4 to 5cm) below the knee over the inner (medial) aspect of the shin .

The graft is inserted through a drill holes in the femur and tibia so that it lies in the same position as the original ACL did before it was injured. The graft is then held with screws or similar devices that do not require removal.

Need some advice on a treatment price or booking an initial appointment?